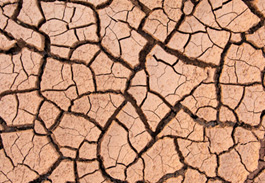 Early on in my career a customer called me and said that her well went dry and she wanted an estimate to drill a new one.  I met with her, and she described to me that during the drought 3 years prior, the well had gone dry.  She hauled water for 3 years but despite last 2 years being wet years, the well still had not started producing water again.  I asked her what work was done to investigate why the well wasn’t producing water.  She said “none” and my jaw hit the floor.  I walked out to the pump house and opened the pressure switch.  I cleaned the ants out of the pressure switch and within seconds we had flowing water.  For 3 years, this lady hauled water to her home while her problems were a simple mechanical failure.

Since then, I have noticed that every time we have a dry spell, people tell me that their wells are dry.  It makes sense that you would think that the well is dry.  It hasn’t rained for months.  Its all they talk about on the news.  Everyone else is having well problems too.  You are just hoping it will rain and maybe cool us off a bit.  And then your water shuts off.  The normal conclusion is that the drought caused the problem and that it is going to last as long as the drought continues.

And after working on wells my entire life, working on tens of thousands of wells, I can say that I know 2 wells that really did go dry.  Many, many wells have slowed down.  They are not producing as much as they once did.  But they are not dry.  And so, you can see why every time I hear someone say that their well is dry, my reaction is always “Your well did not go dry”.

Another thing I have noticed is that some people want their wells to go dry.  They tell everyone that their well went dry years ago in an attempt to stop people from moving here.  Now I agree that this place is more beautiful without all these houses.  And I don’t enjoy all the traffic on our roads.  But they have just as much of a right to be here as I do.   I have worked on some of those “dry” wells and they produced just as much water as the neighbors.  So don’t listen to everything you hear.

Let me tell you what you should experience when your well goes dry.   First thing you will notice is that when you run the sprinklers for 3 hours, the pressure gets low.  Maybe later that summer, you will notice that it can only run an hour before the pressure gets low.  Then the drought ends, and you go on for a few more years.  During the next drought, you might notice that you can only water for 15 minutes before you get low pressure.  If you have a Pumpsaver (and you should already have a Pumpsaver) the pump will shut off for a few minutes and then turn back on.  It might get to the point where you start having to take shorter showers during the worst droughts.  Then you might get to the point that your well will not give you any water during the night (because that is usually when water levels are the lowest due to irrigation demands).  A few years later during the next drought you might actually get to the point that your well does not produce any water during the worst months of the worst drought.  But as soon as it starts raining, it should start producing again.  And for most of the time, you should be able to get some water from it.  Then finally, after 15 to 30 years of these problems, your well will only be giving you water during the really wet seasons.  Some 50 years after it all started, the well is completely dry.  That is a normal cycle of a well going dry.  Its doesn’t happen like this every time and the amount of time it takes depends on many factors.  But the point is this is a process that gets worse and worse.  Its not a sudden thing that everything was fine until one day you get nothing.

If your well has been experiencing all of these symptoms and they keep getting worse, you need to get ready to do something.  Get a storage tank, set your pump deeper, or drill a new well.  But if your well is functioning normal one day and then not at all the next day, you need to call a well professional to diagnose the problem.  You might have a burned-up pump, motor, capacitor, or you might just have an ant in your pressure switch.  Well pumps break every day.  And they tend to break when they are stressed the most, like during a drought.  Don’t assume that the well is dry.  Get a diagnosis to be sure, because I can tell you right now, Your well did not go dry.